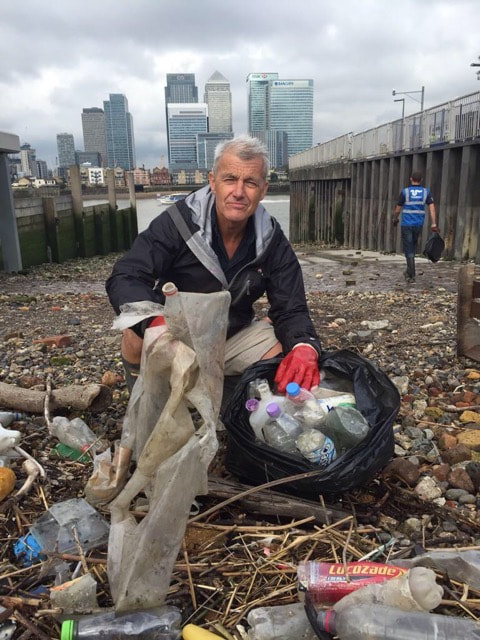 Ecologisers are honoured and proud to introduce our Patron, Paul Rose. Paul, seen here litter picking in London, is an accompolished explorer and film maker. Apart from his programmes on the Lake District, currently showing on the BBC, he has also contributed a series of documentaries, Voyages of Discovery, featuring  famous historic voyages by Captain Cook, Ferdinand Megellan, and Fridtjof Nansan, finding new discoveries at opposite ends of our planet in Antartica and the Artic.
Not that Paul himself has been absent for long from these parts of our world.  Base Commander of Rothera Research Station Anartartica for the British Antartic Survey for 10 years, he is a holder of The Queens Polar Medal. For his work with NASA and the Mars Lander project on Mt Erebus, Antarctica, he received the US Polar medal.
One of the world’s most experienced divers, field science and polar experts, Paul helps scientists unlock and communicate global mysteries in the most remote and challenging regions of the planet.  He is the current Expedition leader for the National Geographic Pristine Seas Expeditions.
A former Vice-President of the Royal Geographical Society,  Paul is a sought-after speaker, chairman, host and moderator for industry, government and NGO events.